Welcome to our Blog

Read our latest thoughts and insights

Pre packaged due diligence – Nirvana or sword of Damocles?

The ways to reduce the burden of due diligence are often crystal clear – provide a pre-packaged set of data that covers all the main points raised about due diligence. Or, even better, build an industry standard one!

Of course, life isn’t that simple. Advisers want their own questionnaires for reasons discussed in my previous blog. But, as I alluded to, there are also other considerations which makes reliance on pre-packaged due diligence less desirable for investment management firms.

Consider why the FCA have not mandated a set of questions which should cover everyone if responded to and analysed correctly. The response I get when I ask the question is invariably “Ha! they don’t want to be left on the hook if anything goes wrong.” So then, why do we continue to push the pre-packaged route on to hundreds of advisers who may also be left on the hook?

The potential risks to the investor include issues such as

but which entity might be the root cause of the issue is more difficult to predict.

Regulatory history is littered with firms that thought the regulatory responsibility for the client lay elsewhere. When it comes to blaming someone it is often the wealthier party that is targeted and often found wanting in some way.

It is the adviser’s responsibility to ask pertinent questions of a discretionary manager to fit the requirements of their client and firm. To reject an adviser’s questions in favour of a standardised pack, although understandable, doesn’t recognise the adviser’s needs and, in extremis, may be downright dangerous should it come to the blame game.

I’m not advocating advisers should refuse to deal with firms that will not answer their questions but that advisers need to elicit the necessary information in a manner that is not too disruptive to either party. 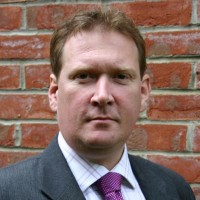